Alpaca fiber has a hollow core, is light and warm. Alpaca yarn is a pleasure to work with. It is easy on hands and fingers. It is smooth, does not itch, and is hypoallergenic.

Once a year, we harvest the soft fiber from our herd of alpacas and begin the process of transforming this naturally renewable resource into a fine selection of fibers and yarns. Because alpaca fiber contains no lanolin, it is processed completely without chemicals in an eco-friendly, environmentally safe way. Alpaca is a unique natural fiber that is warm in the winter and cool in the summer.

Alpacas are naturally hypoallergenic and free of lanolin, which means harsh chemicals are not required during processing. The fiber comes in 22 natural colors and often remains un-dyed, but it can also accept plant dyes very well, which don’t irritate skin or cause pollution to the earth. Alpacas are raised in humane conditions and don’t need pesticides to control bugs and disease associated with overcrowding, which helps protect our watershed. 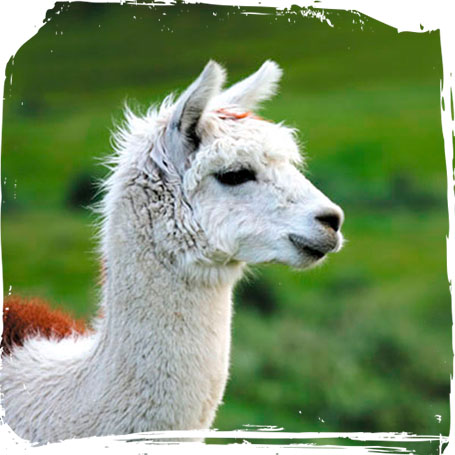 Alpacas are raised in loving environments and are treasured throughout the world. Shearing is done once a year and is necessary for their good health. Their luxurious fiber is all natural and comes from thousands of years of sound breeding practices – not genetic engineering. 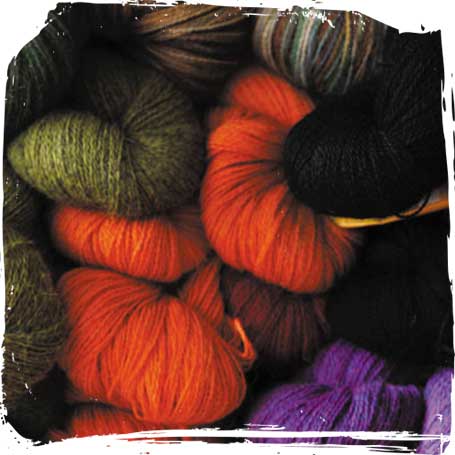 Natural fibers are a responsible choice.

Natural fibers are a renewable resource– they have been renewed by nature and human ingenuity for millennia. They are also carbon neutral: they absorb the same amount of carbon dioxide they produce. During processing, they generate mainly organic wastes. At the end of their life cycle, they are 100% biodegradable.

A recent study estimated that production of one ton of natural fiber requires 10% of the energy used for the production of one ton of synthetic fibers (since natural fiber is cultivated mainly by small-scale farmers in traditional farming systems, the main energy input is human labor, not fossil fuels). Processing of natural fiber consists mostly of biodegradable compounds, in contrast to the persistent chemicals, including heavy metals, released in the effluent from synthetic fiber processing.

Synthetics present society with a range of disposal problems. In land fills they release heavy metals and other additives into soil and groundwater. Recycling requires costly separation, while incineration produces pollutants and, in the case of high-density polyethylene, 3 tons of carbon dioxide emissions for every ton of material burnt.

Natural fibers are of major economic importance to many developing countries and vital to the livelihoods and food security of millions of small-scale farmers and processors, including 120,000 alpaca herding families in the Andes. By choosing natural fibers we boost the sector’s contribution to economic growth and help fight hunger and rural poverty.